To install Windows Server 2008 Enterprise on VPC 2007,I found a good post how to do it. I succeeded by following explanation in the post. Done with any problems. I added one role IIS (and WAS). Next installed SQL Server 2008 together with prerequites in this case NET 3.5 SP1. I done a stand-alone installation of SQL Server 2008 Enterprise Edition with Basic Features: database engine, management console. Set-up is easy and went smoothly. After installation I noticed mscorsvw.exe (.NET Runtime Optimization Service) took a lot of CPU. It was probably doing some precompiling .NET assemblies. This service will disappear after it has done all precompiling; this post will explain it in detail. Next step I did was installing Team Suite 2008 an first got an error: D:SetupVSSetupWatsonDW20.exe (Downloaded different ISO, which was bigger than initial one). Tried again and same problem. I read couple of posts or discussions about this problem; seems ISO is pretty big. I rebooted system and tried to setup again and problem disappeared (guess I am lucky). If you experience any problems look here. Finally I was at point of installing BizTalk 2009. I selected a couple of things and started installation (see picture below). 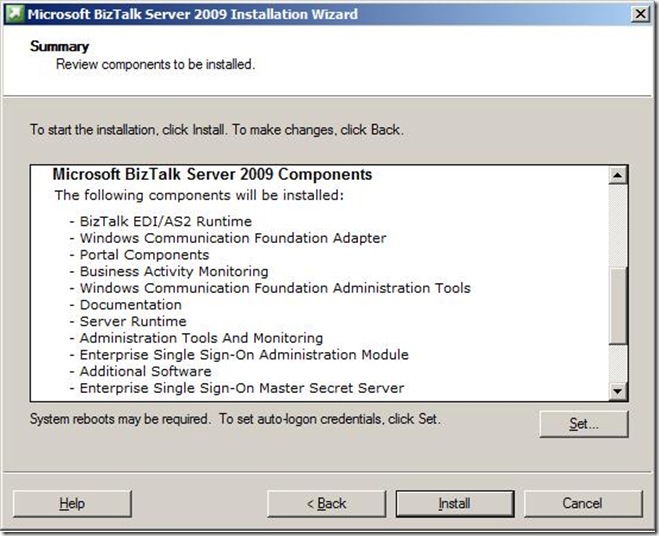 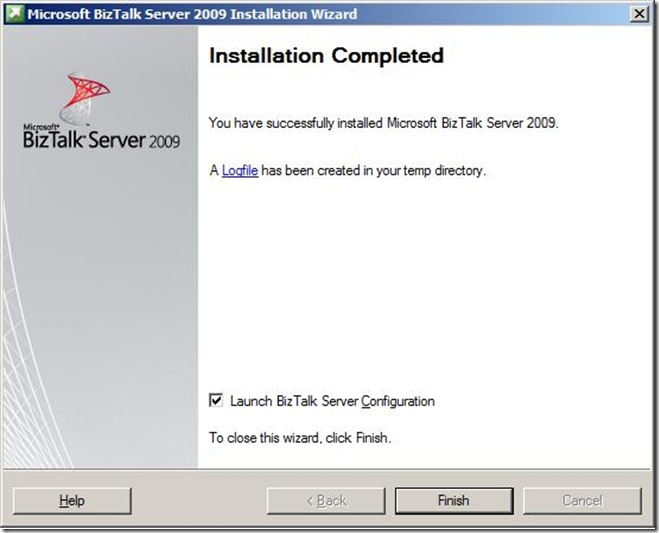 I did not encounter any problems during installation of this CTP. Last part was configuration of BizTalk Server 2009. But before that I test VS 2008 to see if project templates were there. I seem to have overlooked in enthusiasm that SDK was not installed. Then I accidently found out I had not applied SP1 over Visual Studio, so project templates for BizTalk were not available. So I had to download that one to and applied it. Then I could do configuration. I choose to do basic variant with administrator account. 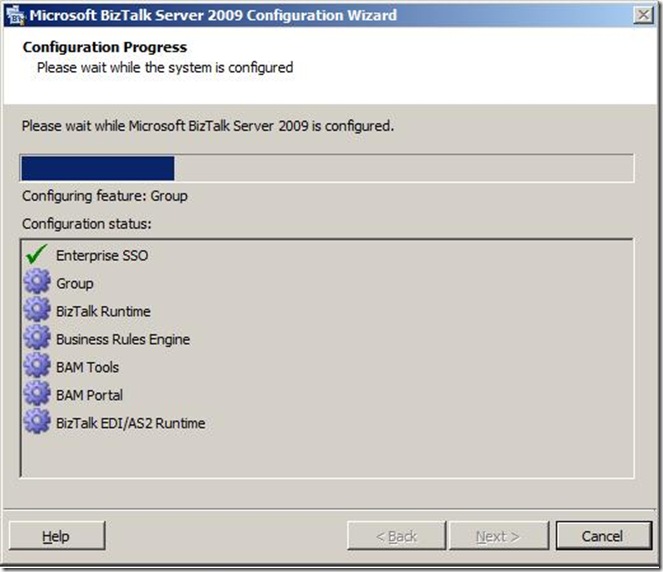 I then started BizTalk Administration Console to check if things are up and running. Also checked if templates were available now (notice icon for BizTalk project is not correct, is C# icon). 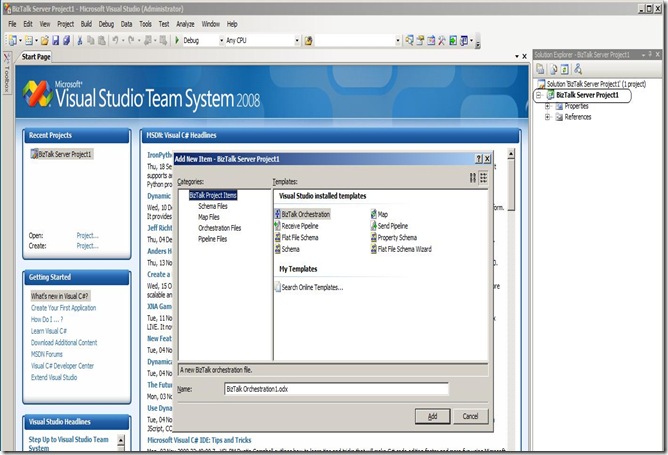 Creating such an environment can be tedious and time consuming, but in the end if you want to play with the bits you need an environment. It still beats the old days when you had to get a server (physical hardware) and then install everything (running around finding MSDN CD’s). However now you running (browsing) around the internet, still you are in control and not depending on hardware (or budget to get one made available). Have fun with CTP, I will.