It is best practice in my opinion when installing BizTalk to follow BizTalk installation manuals. Microsoft provides manuals for each supported operating system or multi-server installation. BizTalk 2010 is supported on:

I stumbled on it and so did other people I noticed on BizTalk General Forum (see this thread). Solution to this problem is by installing SP3 for SQL Server 2005. I installed BizTalk 2010 on different environments and what I did when following manual instructions is to install SQL Server 2005 Notifications Services through one of SQL Server 2005 ISO’s and then applied first SP2 and later SP3. When you install SQL Server 2008 R2 later on you will see this screen. 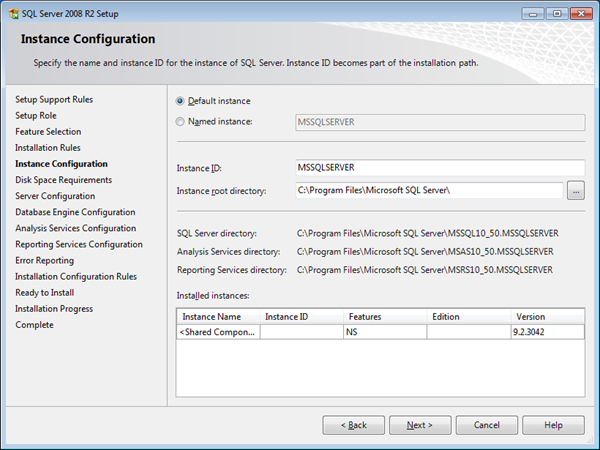 When you reach this screen you will first see it has Named instance selected, but I changed it to Default instance and proceeded further with my installation. During configuration of BizTalk 2010 BAM Tools and Alerts everything went smoothly. I guess is that requirement should be  SQL Server 2005 Notification Services with Service Pack 3. At least in the case when you want to use SQL Server 2008 R2. The suggested feature pack mentioned in installation document is not going to work, because you will get an error as displayed above.