TechEd Europe 2010 Berlin–What did I learn, do, see and eat?

I have never been in Berlin before and this was the city TechEd 2010 in Europe was hosted. I arrived Saturday and was able to look around area near Brandenburger Tor. Next day some more sightseeing going to some museums (Pergamon with beautiful islamic art, National Historic Museum where I visited the Hitler and the Germans. Nation and Crime exhibition ) and walking around Unter den Linden. 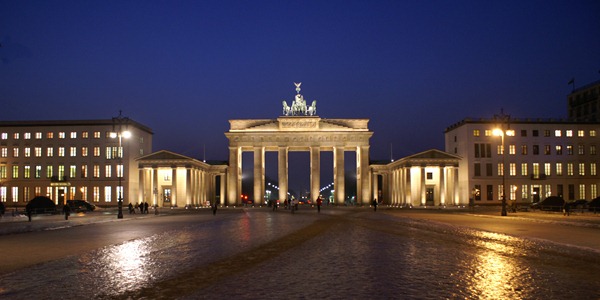 The Brandenburg Gate (German: Brandenburger Tor) is a former city gate and one of the main symbols of Berlin and Germany. It is located west of the city center at the junction of Unter den Linden and Ebertstraße, immediately west of the Pariser Platz. It is the only remaining gate of a series through which Berlin was once entered. One block to the north stands the Reichstag building. The gate is the monumental entry to Unter den Linden, the renowned boulevard of linden trees which formerly led directly to the city palace of the Prussian monarchs (more on wikipedia). 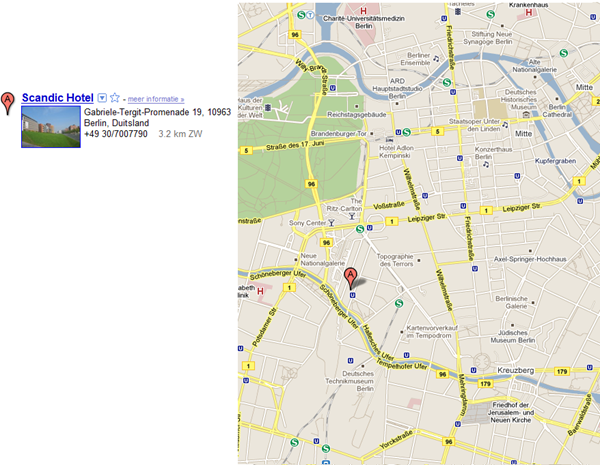 We as in myself and my colleagues stayed at Scandic Hotel near Potsdamer Platz. Within walking distance of earlier mentioned Brandenburger Tor, Reichstag, and Unter den Linden. It is a brand new hotel with lots of facilities with reasonable pricing. Good hotel if you spend a few days in Berlin.

The preconference’s started together with workshops and hands-on-labs ending with the key-note at 16:00. There were some BizTalk labs available and I did the Monitoring BizTalk Operations using System Center Operations Manager 2007 R2. This lab I was able to do the following: import the BizTalk 2010 Management Pack, observe the status of various items in the OpsMgr console at different health levels, create a custom alert, and monitor BizTalk performance.

In the evening we went to nice restaurant/bar near Arkaden called Mommseneck (House of 100 beers!). Nice beers and food.

I first had opportunity to speak to my MVP lead William Jansen and had a good long conversation with him before I went to my first breakout session of the day: BizTalk Server Performance with Mikael Håkansson and Paolo Salvatori.It was great session and Mikael Sand has written an interesting post on it. Through Microsoft Tech.Ed Online you can watch sessions online for free. Watch this session here. What I have learned from that session is that you will have to prevent that BizTalk will become hotspot. This can be prevented by follow best practices for configuring BizTalk Server environment (see optimization guide for BizTalk).Followed up by using BizTalk Best practices analyser and base lining your environment using Benchmark Wizard found on codeplex.

A went for a couple of other sessions like:

Last session of that day was a really good one called IASA’s Five Pillars of IT Architecture by Jim Wilt. I was accompanied by Mikael (see post) and we enjoyed this session, because one he was a great speaker and two he pointed out BizTalk pro’s know it all.

After day of sessions I went with a couple of colleagues to Tony Roma’s Berlin near Potsdamer Platz where we had an awesome meal.

It was another busy day with a lot of breakout sessions. I kicked off with session by Ron Jacobs called: Using Workflow and Windows Server AppFabric in your Applications. Again Mikael was there (see his post). And he accompanied me during Lunch with also Mikael Håkansson, Johan Hedberg.Food was not so great, but conversation was. Other sessions I attended that day were:

After day of sessions I again went with a couple of colleagues to another fine restaurant near Postdamer Platz called MidTown Grill. This one had excellent food and if you ever have the chance you should eat here.

Yet another day with interesting sessions and meeting some interesting people like Oliver Hauth I know from BizTalk forums. We contacted each other months before TechEd started and finally we met. He is a BizTalk professional from Germany, very skilled and with a lot of knowledge in integration with SAP using BizTalk. We hooked up during the session BizTalk Server – What is it, What is new, What is Next? First 20 minutes were a bit boring if you have been running around in BizTalk space for years, but then it got more interesting and in the end astonishing to see that some functionality is going into the cloud (i.e. Azure). Oliver has made nice post (yes I am lazy) on this session. Other sessions I attended that day were:

In the evening I went with my colleagues for our last diner in Berlin to Lindenbräu.The „Lindenbräu“ is a Brewery in Berlin in the Sony Center, that started Berlins high art of beer brewing under supervision of the Bavarian brewery „Hofbräuhaus Traunstein“ in February 2000. We had great meal there together with some nice beers.

It was last day of the event with three sessions combined with lunch. Between session I had another conversation with Wade at Azure stand. While talking Brain Prince also joined in and we talked about BizTalk old days, Azure and AppFabric.Sessions I attended were:

Yes, a lot code the last day before I drove back with a colleague home. I enjoyed Berlin, and had great TechEd.There is a ton of material out there like TechEd Online, and so on (see links in this post). If you ever go to Berlin I can recommend the places I have eaten and stayed.