The BizTalk Summit 2013 in London was a huge success. Saravana Kumar from BizTalk360 did an outstanding job organizing this event with Microsoft. Over a 140 attendees,  more than 70 different companies from 15 different countries (UK, Ireland, USA, Denmark, Netherlands, Austria, Belgium, Sweden, Italy, Spain, Switzerland, Germany, France, Norway, India). Including the speakers there were 10 Microsoft Integration MVPs present. On the Q&A panel there was Jon Fancey, Michael Stephenson and Charles Young. Stephen W. Thomas flew over from the US to attend the event.

My session was straight after the Keynote by Guru Venkataraman/Ravi Krishnaswamy from Microsoft Product Group. I was given the opportunity to co-present with Guru in Almere (Avande) during the special BizTalk User Group event. In London I did a session on the new cloud related adapters that’s going to ship with BizTalk Server 2013. 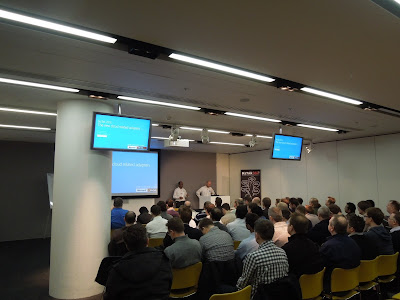 BizTalk 2013 will feature some new adapters, the WCF-BasicHttpRelay, WCF-NetTcpRelay, SB-Messaging and WCF-WebHttp. The first three have capabilities to configure connectivity with the Windows Azure Service Bus. This will enable you to create solutions that will enable communication between systems and applications across network boundaries. The WCF-WebHttp adapter will bring Rest Support for BizTalk. In my session I demonstrated the characteristics of each adapter with a demo.

My session was followed by Saravana. He talked about the monitoring and management of BizTalk Server using BizTalk360. Imaging that is already the FIFTH release of the product with the next version under way. That’s just amazing release cycle in just two years!

Lunch was around noon and followed by a Q&A panel with Jon Fancey, Michael Stephenson, Charles Young joined by Microsoft Kent Brown and Ravi Krishnaswamy. No holds barred as any question was allowed to be asked by the attendees. A lot of questions were targeted towards Microsoft. Ravi and Kent did an excellent job answering them. After Q&A Sandro Pereira took the stage with his session on BizTalk Azure Service EAI/EDI capabilities containing some deep technical demos. The session after Sandro was followed by two more sessions. The architect assessment by Nino Crudele. He did the most hilarious session of the day. With his Italian accent, jokes and funny customer scenario’s he had the room laughing to tears. 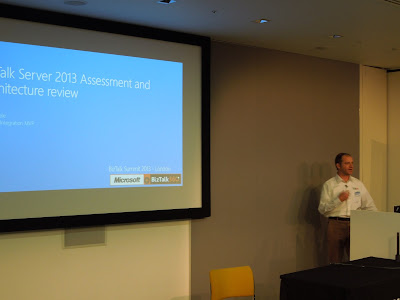 The last session was done by the new Microsoft Integration MVP Tord G. Nordahl. During his session he discussed the platform improvements in Windows Server 2012 and SQL server 2012 that BizTalk people need to be aware of.

It was a great experience and honor to share the stage with my fellow speakers (#BizTalkCrew), fellow Microsoft Integration MVP’s and Microsoft Product Group. As speakers we have done a good job providing sessions on different topics around BizTalk Server 2013, Azure and BizTalk360. 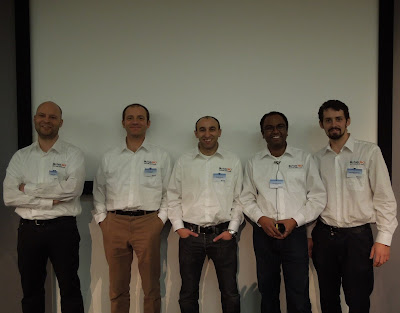 Thanks Saravana Kumar, Microsoft and all the attendees for making this event something to remember by.

I had a great time. I enjoyed the discussions with the attendees and meeting the BizTalk community. It was good to meet Naushad Alam, Stuart Brierly, Charlie Mott and Colin Meade in person.

The next event done by us will be in Portugal in March 2013. See you there!